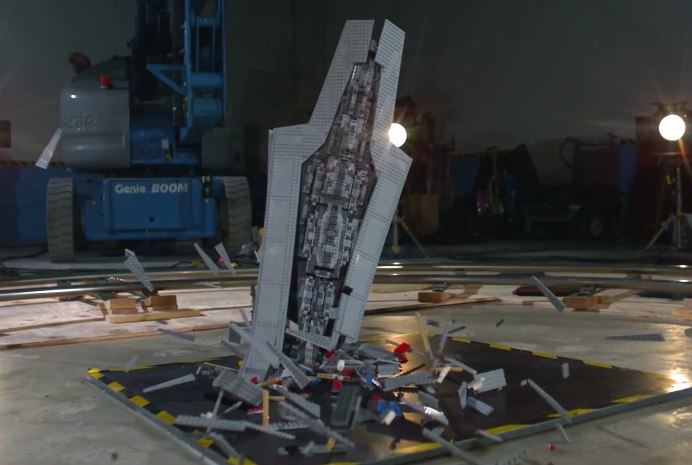 Who would have thought that watching a 3,000-piece Lego set shattering to pieces could be so cinematic?

Celebrating yesterday’s May 4 Star Wars celebration (get it? May the Fourth… oh, never mind!), the good folks at Wired dropped a completed build of the uber-rare Star Wars Star Destroyer — and filmed the whole thing at a jaw-dropping 1,000 frames-per-second.

I never thought I’d say it, but even in a year with a brand new Star Wars movie hitting theaters, this could be the most jaw-dropping action set-piece of 2015.