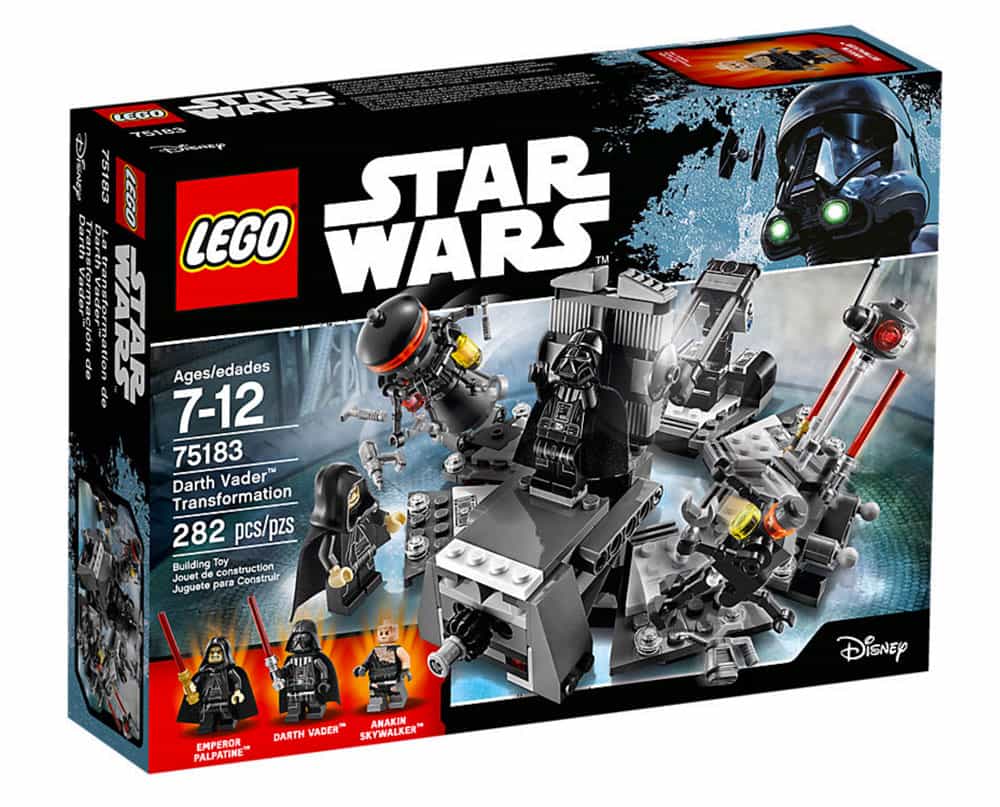 Of all the Star Wars minifigs I have a particular fondness for the huge range of Droids. Somehow the Droids define the Star Wars universe for me, they are classic design icons and fit beautifully with the aesthetic of Lego. FX-6, the original version from set 7251 released in 2005, is also one of the very few gaps in my collection so reviewing this new 2017 version is a treat. Man! this a fine Droid, black and evil looking with a rotating array of surgical implements and an inhuman visor type eye like Kit from Knight Rider, but more likely to hack out your spleen! This set also comes with a DD-13 Medical Assistant Droid who is a bit boring and an unnamed Probe Droid who is also a little boring but take a look at the image below and see what you think. 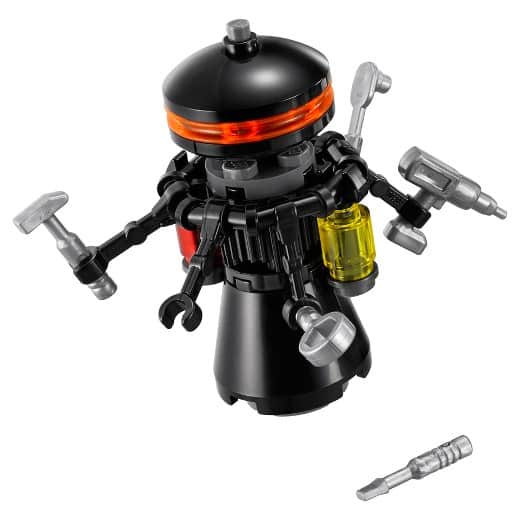 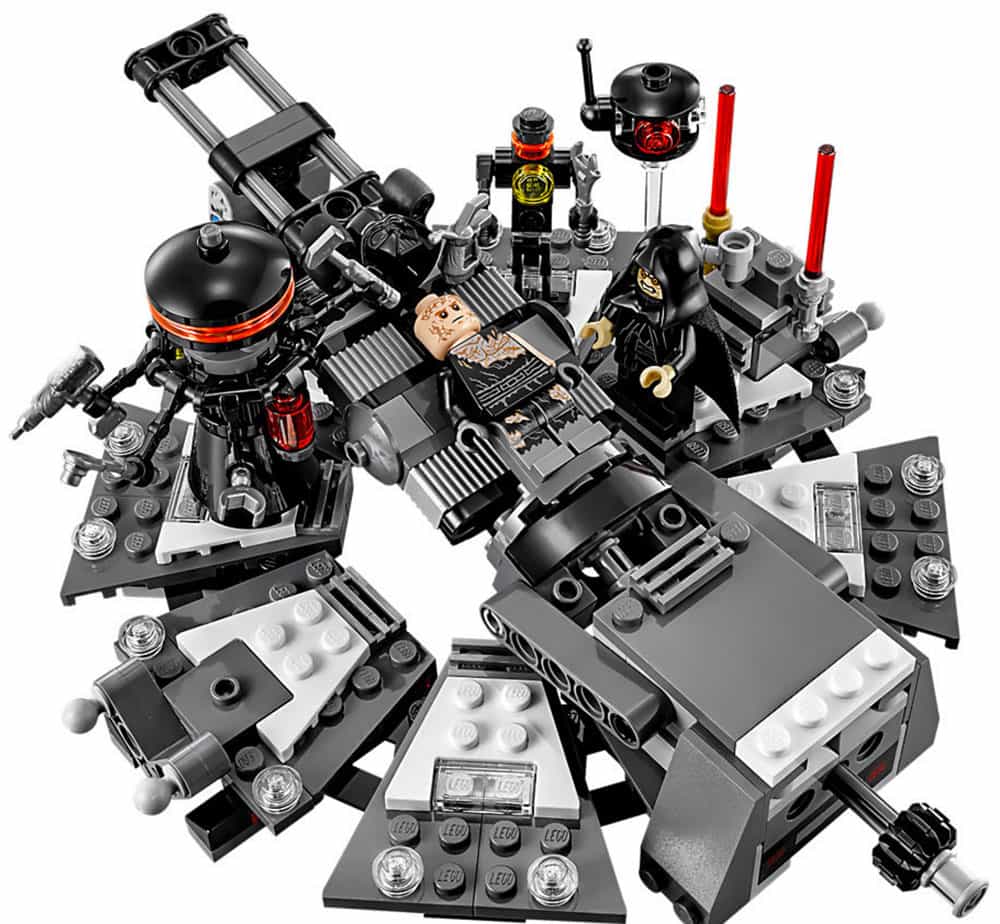 This is the third version of Battle Damaged Anakin, the others appearing in sets 7251 in 2005 and set 8096 in 2010. This one is pretty nice and has scarred flesh on both the back and front as well as printed legs that are cut off at the knee! Horrible but accurate and I love it. His face is marked with burns and while I think a scream of agony would have been a better expression this one is probably less scary for those little kids out there.

Post op Anakin AKA Darth Vader is a minor variation on recent Vader minifigs with a sandy coloured head, soft cape and the very cool new issue helmet. All Vader minifigs are awesome as he is such an icon and this is a nice minifigure but only a minor variant.

This set does not see a new Palpatine minifigure, this is the same version as in the recent Death Star set 75159 and set 75185 Tracker 1. I am not a fan of the yellow-faced Palpatine minifigs and prefer the grey-faced versions of the past but he looks suitably evil in this version and comes with a Gold hilted lightsaber, nice!