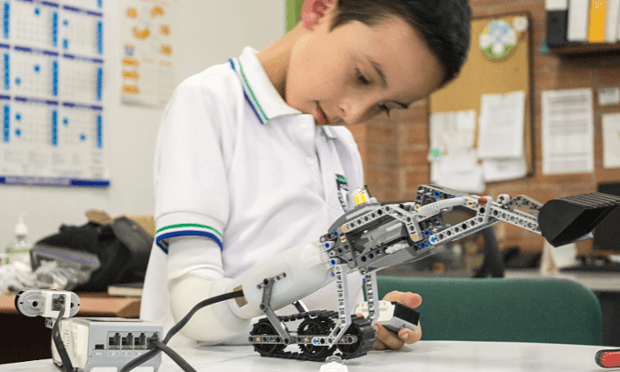 There’s being attached to your Lego collection, and then there’s this!

In what must rank up there with the coolest real world applications of Lego we’ve ever seen, Chicago-based Colombian designer Carlos Arturo Torre has created a modular system which allows prosthetics-wearers to attach their favorite custom Lego kit to the end of their arm.

The project is a collaboration between Lego’s R&D “Future Lab” and Cirec, a Colombian foundation for physical rehabilitation. It involves myoelectric sensors which pick up the activity of the muscle in an arm stump and then send a signal that allows the wearer to control their attachment — basically opening the door for customized, programmable limbs.

“There had to be a right balance between a playful experience and something functional,” says Torres, who recently won a Core 77 design award for the project. “Something that could allow kids to explore their creativity, something they could be proud of. Sometimes a functional element is everything they need – but at other times it might be a spaceship, a doll’s house, a telescope, a video game controller or a swim fin.”

The possibility of, say, an official Lego Batman module or a Lego Pirates one is too awesome to bear thinking about.