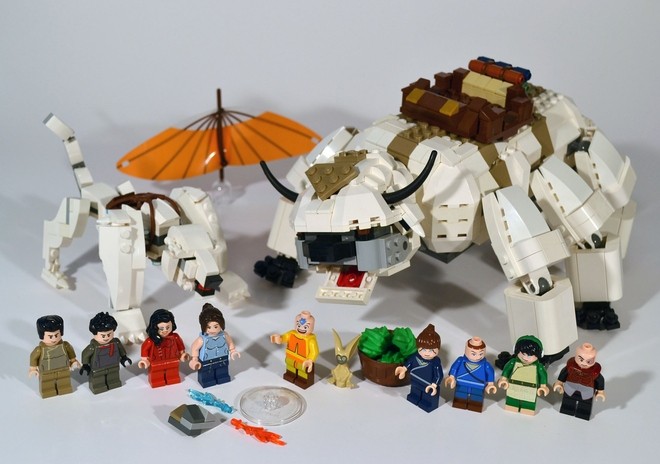 Samuel Hatmaker is an ambitious guy.

Having recently racked up 10,000 supporters for his Golden Girls Lego Ideas project, the New York-based toy developer is back with another brick-based pitch based on the acclaimed Avatar – The Last Airbender animated series.

Combing ideas from both the first series and Avatar – The Legend of Korra, Hatmaker has created a concept set based around Appa the flying bison — complete with Aang the Avatar and last Airbender, Ang’s pet Momo, Naga the pet polar bear dog, and friends Sokka, Katara, Toph, and Zuko.

But he needs your support to make it a reality. Check out more of the photos below. 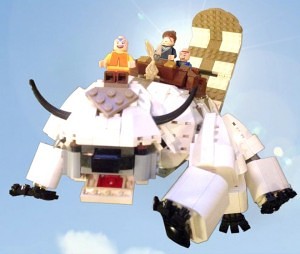 “I first built Appa, the flying air bison and worked out a set with him and the Airbender series,” Hatmaker tells Power of the Brick. “I wanted him to be big enough to be in scale and be able to hold all the figures on his back. I made the inside hollow so it be used as a storage container, too. I then worked on the characters from Korra, but really wanted another larger build in the set. I decided to use the ‘Chima’ animal builds as a basic idea and make her polar bear dog. [It’s] thicker in the front for that polar bear look, and thin in the back for those dog legs and tail.”

Hatmaker adds that he would like to add a 1910s-style car to the set, although “I think right now it would already be too expensive of a set.”

Accessories include an air shield, air ball for Ang to ride on, fire, water, chunk of earth, Ang’s flying glider, and a bucket of cabbages for Momo and Appa to eat. 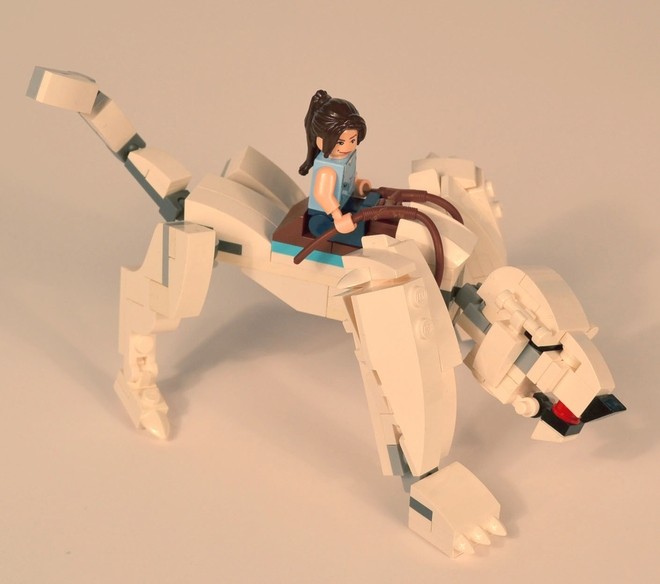 Although Lego has previously created sets based on Avatar – the Last Airbender, Hatmaker is convinced this isn’t asking Lego to bring back an old set: something prohibited by the rules of Lego Ideas.

That’s because this series wouldn’t be bringing back the Avatar – The Last Airbender theme or resurrecting a retired set. Instead it would be a “Legends Of The Avatar” set, including only new models and figures. That may turn out not to be enough for Lego, but if the demand is there it’s certainly worth a shot!

Either way, there are 363 days left to vote on Hatmaker’s concept, so head over to his page on Lego Ideas, and show your love!