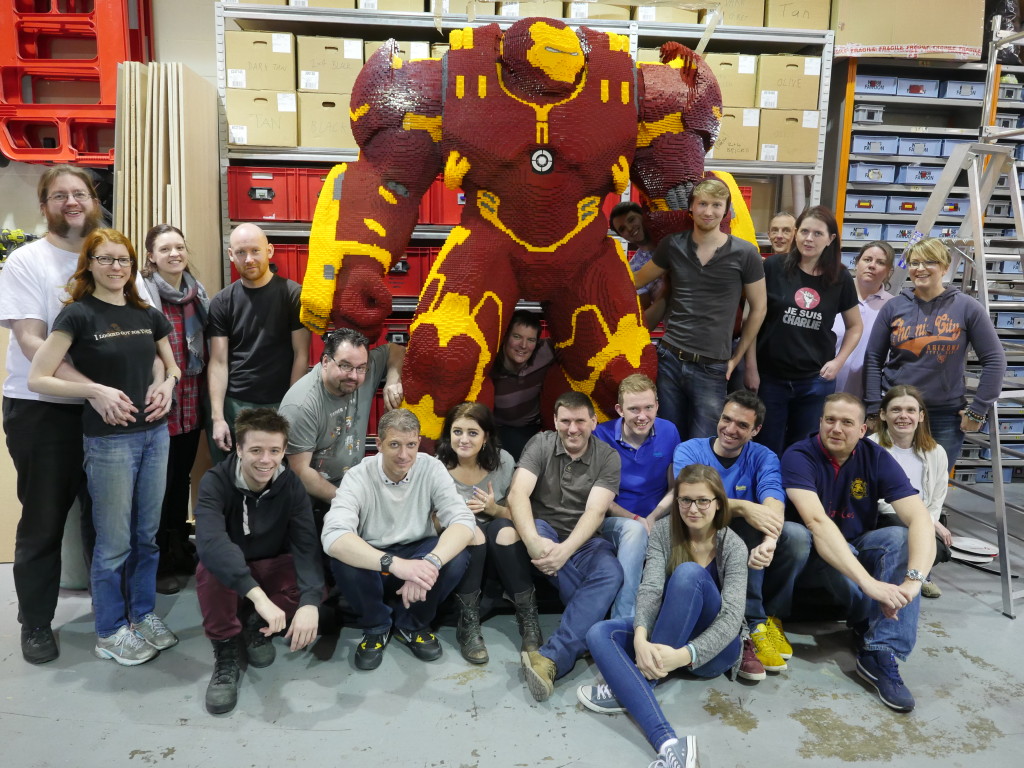 A few weeks ago an advert appeared on Gumtree, searching for a person ideally with an art, design or engineering background. It was posted by a company called Bright Bricks, based in the British town of Bordon, East Hampshire. It was for the role of professional Lego builder.

The office was flooded with applications, two of whose senders ended up being hired. The first starts today.

“You could say it’s a dream job for a Lego fan,” says Ed Diment, one of the company’s co-founders, speaking with Power of the Brick.

Of course, when you’re dealing with a company that rakes in millions for building giant Lego models, everything about Bright Bricks feels like a dream. The sort you hope to never wake up from. 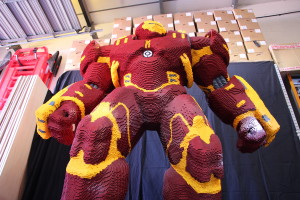 “There’s no specific background we’ve found that guarantees you’ll be a good Lego builder,” Diment continues. Of the company’s 22 current employees, one has a background working as a costume designer, one was a former tree surgeon, one was employed as a kitchen fitter, one a chartered surveyor, one a currency trader, and so forth.

Founders Ed Diment and Duncan Titmarsh, the latter Britain’s only certified Lego builder, came from similarly un-Lego backgrounds. Diment was a statistician, while Titmarsh worked for the R.A.F. and then for the car company Honda.

Diment says he once applied for a job with Legoland, but was turned down because no-one (except him) believed a statistician would want to take the necessary paycut.

That’s certainly not an issue any more. Diment and Titmarsh started Bright Bricks six years ago from the garden shed outside Titmarsh’s house. Since then, the company has grown exponentially. Last year it turned over £1.2 million ($1.8m). No longer squeezed into a garden shed, the current headquarters is a 6,000-square-feet industrial unit. 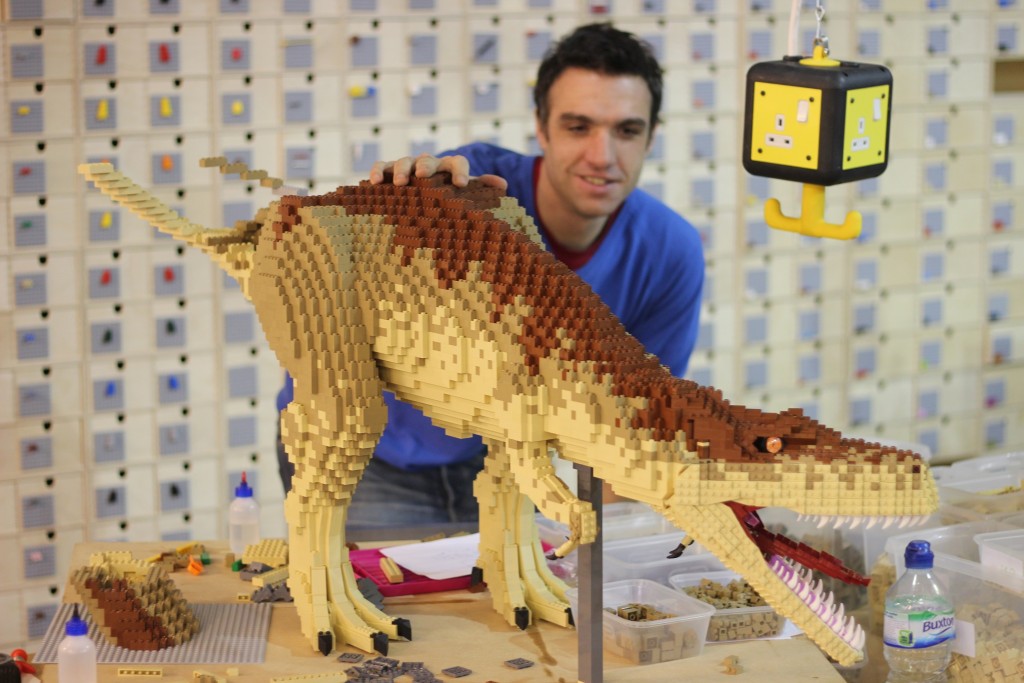 Standing in one part of it is an 8ft tall model of Iron Man’s Hulkbuster suit, used last week as a centerpiece for the London premiere of Avengers: Age of Ultron. 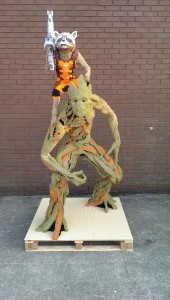 “Originally the idea was to do The Hulk fighting the Hulkbuster as a diorama,” Diment explains. “We came up with a price, which turned out to be too expensive, so in the end we settled on building the Hulkbuster suit.”

To phrase it like that is to downplay just how astonishing the model actually is. Using over 1 million bricks, it’s the largest Lego statue ever built in the U.K. It took six professional builders over 960 hours to assemble, weighs more than 1,700lbs, and had to be lifted into its position on the site using a forklift.

The Age of Ultron statue is just the tip of the iceberg when it comes to the varied commissions Bright Bricks deals with on a regular basis. Their order book reads like a Michael Jackson shopping spree on acid: a 40ft Lego Christmas trees for St Pancras Station in London, a 3ft Cheesegrater skyscraper replica, a 7ft giant yellow dog, and so forth. Prices for one-off models range from $225 to $270,000.

“We literally do anything and everything,” Diment says. “No request is too big or too small.” 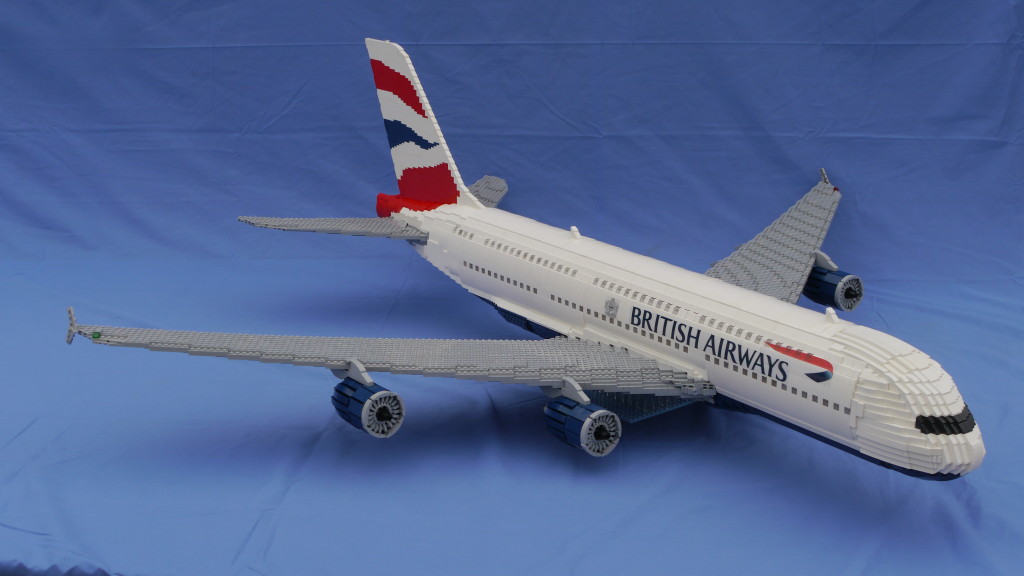 While many of the projects are large-builds, others are custom sets, which come complete with instructions. An oil rig company might ask for miniature oil rig sets, for instance, which make far more memorable calling cards for clients than, say, a branded bottle of wine or a t-shirt. 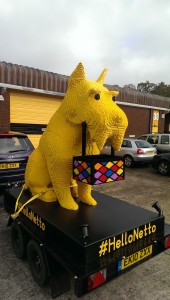 Most of the time, the company’s builders work in the same way as regular MOC (My Own Creation) builders: assembling the model through improvisation, much like an artist would sketch a portrait. For larger builds, computers are sometimes used in the planning process. For the Age of Ultron creation, 3-D render files were sent by Marvel to Bright Bricks, which then ran them through software, allowing the team to look at the figure layer-by-layer, like a doctor might do with an MRI scan. 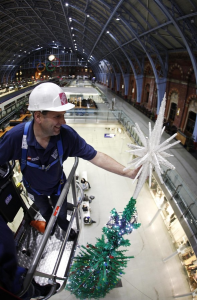 Does Diment consider it to be art? “Art is in the eye of the beholder,” he says. “We refer to ourselves as ‘brick artists’ because — even though we’re using Lego, which is often thought of as a toy — there’s a lot of building skill to what we create. We know the bricks that are available and how they can connect together; we know the colors; we know the techniques. For the most part, the primary purpose of our builds is to sit there and be enjoyed by an audience. I think we cross over art, engineering, advertising: a whole lot of things.”

Whatever it is, it’s certainly working.

“Right now, our order book right now is fuller, longer, and — dare I say it — more exciting than at any other point in our history,” he says, happily.

Which, of course, returns us to our original question: How on earth do we get a job working for Bright Bricks?
“We’ve found a lot of our employees through the Brickish Association,” Diment says, giving some much-needed advice. “If you’re a Lego fan, over 18, and you really want to do what we do for a living, joining that organization is my suggestion. After that, get in touch!”