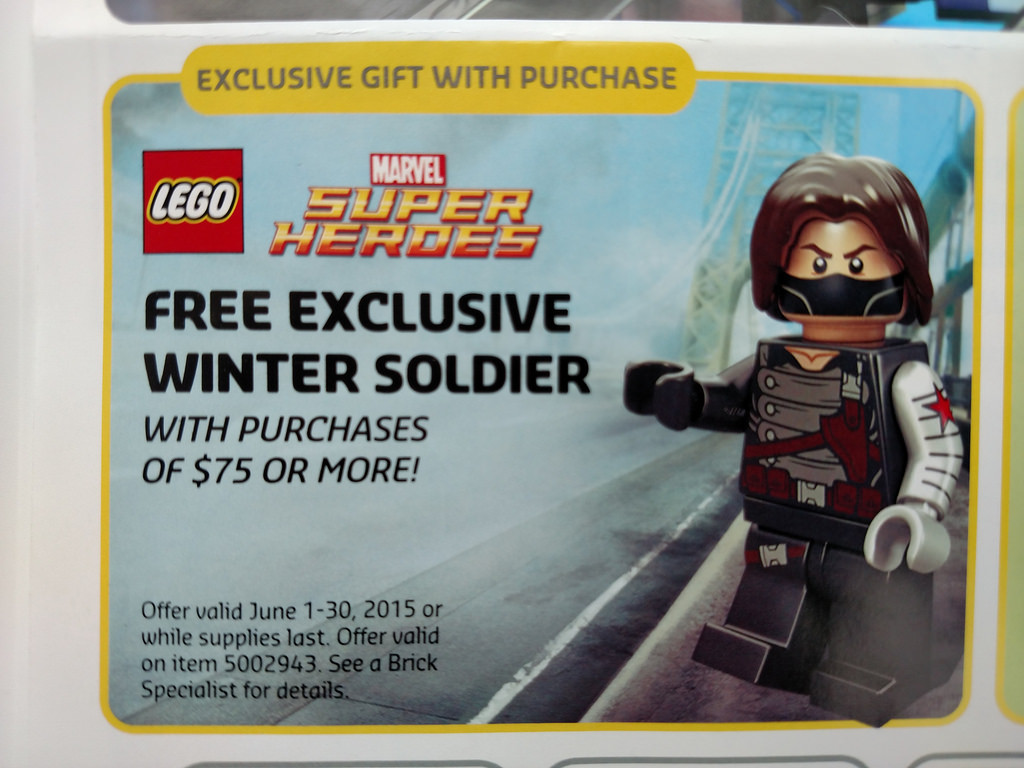 In last year’s Captain America sequel, encountering the Winter Soldier was a painful proposition. This June, it just requires you to shell out on Lego.

That’s because the ‘Lego Marvel Super Heroes’ Winter Soldier polybagged minifigure will be available as a freebie to anyone who spends $75 or more through Lego’s official store.

The one-time (spoiler!) Captain America ally Bucky Barnes sports his movie-style facemask and bionic arm. The minifig is available from June 1-30, or until stocks run out, so (much like Nick Fury, really!) it’s worth moving quickly to avoid being disappointed.