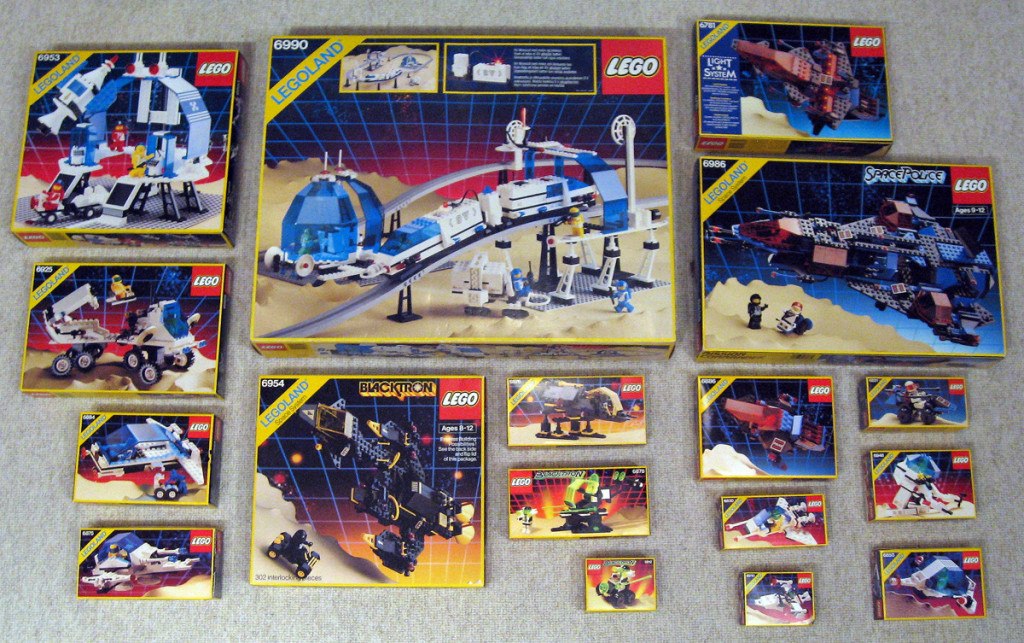 At 17, I was barely figuring out how to talk to girls, and deciding what I wanted to study at college. At the same age, Bjarne Panduro Tveskov had already secured a full-time job as a builder at Lego.

“I saw an ad in the Sunday paper for a ‘Space’ designer at Lego, and thought I might as well apply,” he says. “To my big surprise, they offered me a job.”

If luck (and a passing knowledge of computers) got Tveskov in the door, however, it was his immense talent which kept him there. Over the subsequent three decades, the now 47-year-old Tveskov has created some of the iconic sets in Lego ‘Space’ history — including such classics as the iconic Monorail Transport System (6990), built together with Carsten Michaelsen.

Tveskov took time out of his busy brick-assembling schedule to give Power of the Brick an exclusive insight into what it’s like to work on the inside of the world’s most beloved toy brand. 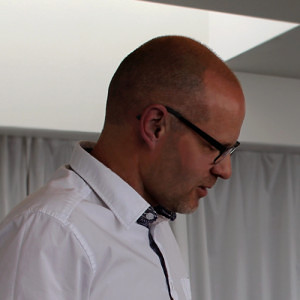 Tveskov joined Lego at a time of considerable transition for the company, when it was just starting to stretch its muscles internationally.

“In Europe, Lego was a very established brand, but the big difference between then and now was that in 1985 there was no following at all in the United States,” Tveskov says.

As part of Tveskov’s induction, he was sent a box box of brick and asked to create an original composition. Gerry Anderson’s sci-fi series Space 1999 was playing constantly on Danish television at the time, and Tveskov opted to create a spaceship inspired by that show’s Eagle Transporter (below). Even as a teenager, his love of science fiction was already deeply ingrained.

“I was ten years old when the first Star Wars came out,” he explained. “I managed to sneak into the theater to see that. I saw Lego as a medium: Something which, like clay, people could mould to their interests. And my interest was in recreating the science fiction I enjoyed watching.”

Having passed his initial test, Tveskov was brought into the office in Billund, and given a workspace and all the bricks he could handle. 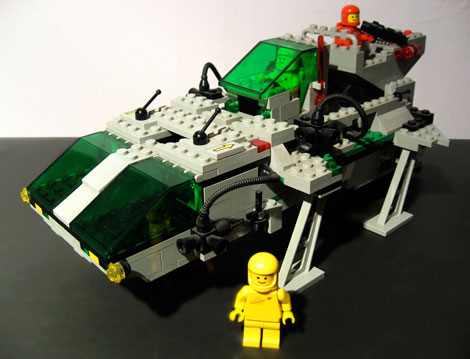 “For my first few months, I just learned the craft,” he says. “I built tons and tons of models, learning from the people around me. None of them ever made it onto shelves, but it was all about learning how to build stable models which could be turned into sets. As I discovered, it was very different from building models at home.”

He describes the Lego offices in the mid-1980s as being staffed by an offbeat collection of builders from every background imaginable. There were classic toy designers, fine arts craftsmen, and architects.

“The only thing we had in common was that no-one played organized sports,” he laughs. “I’d never been into sports personally, but I’d always thought I was the only one. It was at Lego that I discovered that, no, there’s a space for people like me in the world.”

When he did graduate to building proper sets, it sounds like a dream job. Briefs handed down to the team were broad, and deadlines were long. “The process hasn’t changed much over the years, although today it is much faster than it ever was previously,” Tveskov says. “In the 1980s, Lego operated on a three-year cycle between ideas originally being pitched, and the finished products shipping. That would never fly today.”

Since there were only a limited number of models at each price point, sometimes different designers would work on rival designs for the same slot — with the marketing team having the final say on which one to sell. Some Lego builders worked on multiple themes — skipping effortlessly between castles and space stations.

Tveskov says he stuck to ‘Space’. “I’d sometimes do the alternative models for the back of the box for other themes,” he says. “I was always focused on ‘Space’, however. Even when I tried to build castles they wound up looking futuristic.” 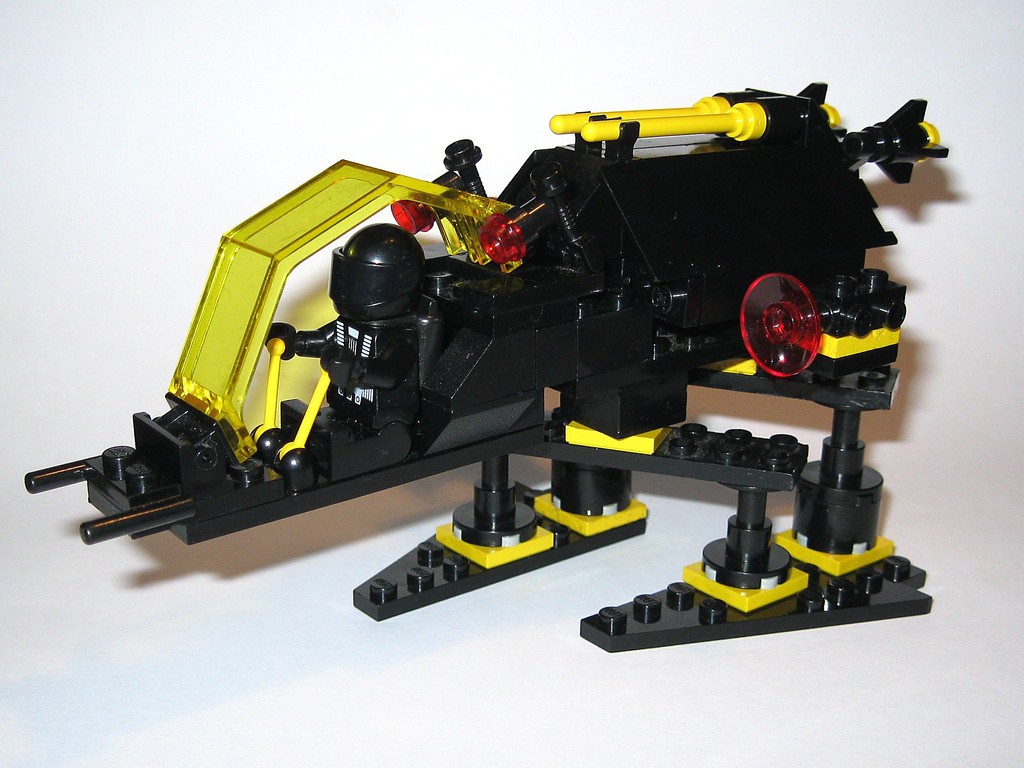 One particular challenge was working out how many pieces should go into each different set. This wasn’t simply a matter of saying that a $100 set had x number of pieces. Each brick carried its own price, which made the process of deciding between five of one block or one of another akin to bartering in the world’s most complex currency.

Once a model was handed it, it was whisked away to a department whose entire role was to analyze the cost of potential sets. They would take the model to pieces, trying to work out which bricks could be safely removed without compromising the overall integrity of a set. When they were satisfied that nothing was superfluous, the models were returned to their designers, along with a receipt showing the prices of each element used.

One set, the Blacktron Alienator (6876) — pictured above — had to be re-built several times before the brick-count was low enough.

“It could be a heartbreaking process,” he says. “You’d end up having to lose the 5 percent extra pieces which would have made the model fantastic. There would be some radar or similar that you loved, but had to eliminate to make the budget. My boss would always remind me that customers were always very pleased with what they got, since they never saw the alternatives.”

It wasn’t always about eliminating bricks, though. Each year departments had a budget to introduce select new bricks for different themes. The Futuron theme, which ran from 1987 until 1990, notably introduced transparent a liftable visor for minifigs. “The visor struck an immediate chord,” Tveskov recalls. “Everyone remembers it.”

Even here, there was a firm eye on the bottom line, however: A prize was offered if an entire new theme could be introduced without requiring a single new element.

Citing visionary sci-fi artist like Chris Foss (above) as helping expand his horizons, Tveskov redefined the Lego ‘Space’ theme — going beyond the classic white and gray NASA-inspired look of earlier sets to embrace more vibrant colors for themes such as ‘M-Tron’. 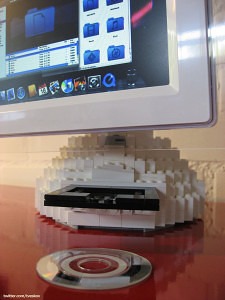 And through it all, Star Wars remained an inspiration.

“Sometimes we’d build Star Wars models in the office,” he says. “It was totally blue-sky stuff, though. We were told there would never, ever be Star Wars Lego.” How much things have changed!

Today, Bjarne Tveskov continues to do work for Lego as a freelancer. He also builds his own projects, like the Apple G4 iMac (pictured right) — complete with functional LCD screen.

For a generation of Lego fans, though, he will always be known as one of the company’s most accomplished ‘Space’ builders.

“The toys people had as kids — and, just as importantly, the toys they never got — leave a big mark on people,” he tells Power of the Brick.

“I’ve always felt very lucky to do what I do. However, the moment it really hit me just what an impact the work of myself and my colleagues had on people was when I was surfing the Internet in 2000. There was an entire fan-page dedicated to one of my old space models from the ‘Blacktron’ theme. There was all this praise for it, and I’d forgotten even working on it. It was then that I realized how much people care about Lego.”

And Bjarne’s contribution to making it what it was, of course.