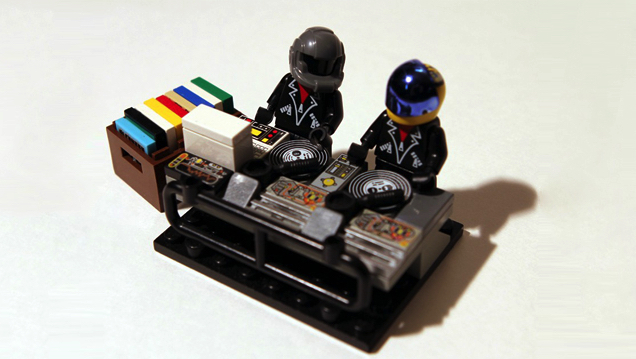 Jake Meier didn’t think he was going to make it.

The 27-year-old New York-based graphic designer was hours away from time elapsing on his Lego Ideas project, and things weren’t looking good.

Meier had created a set based on the popular electronic music group Daft Punk, including turntables, sequencers, mixers, controllers, and a guitar for robot rocking — along with minifigs of the band’s iconic musicians, Guy-Manuel de Homem-Christo and Thomas Bangalter. The only problem was that he didn’t have enough support to bring it to Lego’s attention.

“I did the math based on the number of supporters I was getting each day,” Meier tells Power of the Brick. “It just didn’t work out. Unless something changed in a hurry, I was going to come up short.” 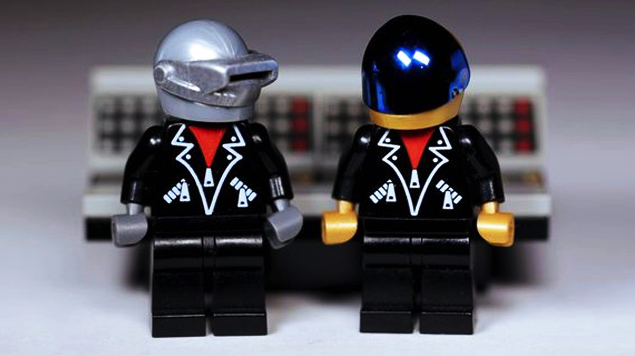 Although the Daft Punk set is Meier’s first Lego Ideas project, he’s long been known in the Lego fan community, more commonly under the Autorazr.

“Anything I’m into in terms of pop culture, I’m trying to make out of Lego,” he says. To date, this has included everything from comic book characters to movie dioramas. One of the custom builds he’s most proud of is a 7-inch fully-articulated Robocop model, built to standard action-figure scale. 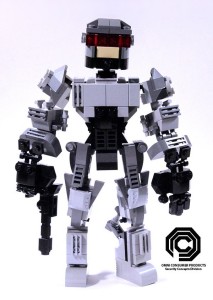 Meier describes himself as a Lego purist — meaning that he only takes pre-existing parts, and doesn’t paint, cut, or otherwise modify bricks. He also favors the chunkier look of classic Lego builds.

“Even though I was born in 1987, I inherited a lot of my earliest Lego sets from my mom and my uncle, both of whom remain adult Lego fans to this day,” he explains. “Because of that I really have an appreciation for those early blocky sets, which I think of as having the classic Lego look.”

The impetus for Meier’s Daft Punk project occurred when Lego released a DJ minifigure in 2012, a character which briefly appears in The Lego Movie. “I thought the record piece it came with was so cool I wanted to create something around it,” he continues. “I wanted to expand on it by creating a turntable and a DJ desk.”

He chose Daft Punk as his DJs of choice because he wanted musicians who were also visually striking as individuals. 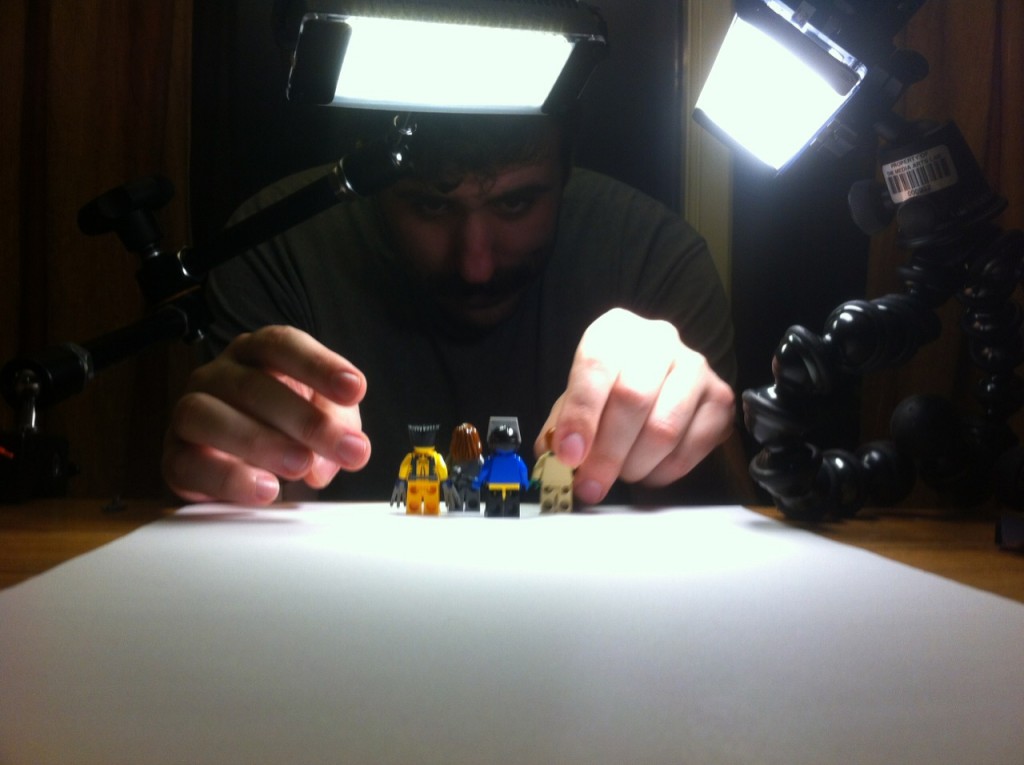 “Daft Punk totally fit,” he says enthusiastically. “I thought of the space helmets, the robot parts, the leather. They have a unique style, and they’re incredibly aesthetically appealing. I could imagine my set fitting in perfectly as part of a modular ‘Lego City’ set, but it also wouldn’t look out of place in ‘Space Police,’ ‘Galaxy Squad,’ or some of the other popular sci-fi themes.”

Meier didn’t immediately rush to submit his concept to Lego Ideas. As with all of his custom creations, he first uploaded it to Reddit to gauge interest. The enthusiasm of users buoyed the set to Reddit’s front page. “After that I figured it was safe to try it out for Lego Ideas,” he laughs. 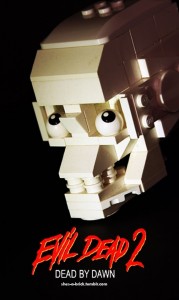 For those unfamiliar with Lego Ideas, it refers to the innovative fan-driven Lego platform which allows the company to crowdsource future ideas for sets. Users can submit their homemade creations, and then have a limited amount of time to drum up the 10,000 supporters needed for Lego’s official consideration. Sets which make it to this stage are then formerly reviewed by an internal Lego team.

“I was getting support organically, but I found that that topped out at around 3,000 supporters,” Meier says. “I’m not hugely active in social media, I don’t have a ton of followers, and I thought I might have peaked.”

A second wave came when the set was picked up by people outside of the immediate Lego fan community — in this case EDM blogs more familiar with Daft Punk than with the minutiae of Lego building.

This support drove the set to 8,000 supporters, although once it dried up Meier was left with the heartbreaking realization that he may fall just short of the final hurdle.

With just days to spare, a Reddit user/guardian angel messaged him, and said they would do whatever it took to get the set the necessary number of votes. Within hours, the project was featured on Daft Punk’s official Facebook page — and a new army of fans rushed to help. 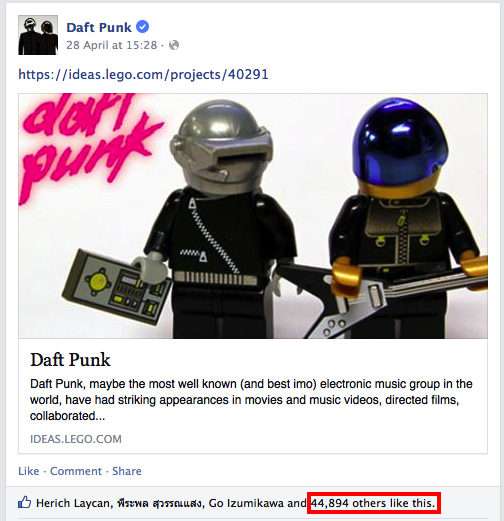 From here, whether or not the set becomes an official Lego release is out of Meier’s hands. But he’s already thinking of the future.

“Now that the Daft Punk project is ending, I’m looking to put up another Lego Ideas concept,” he says. “This time I want to choose something completely original, which can definitely make it tougher to gain support, since you can’t tap into existing fanbases. It’s something I’d love to do, though.”

With the success of his Daft Punk project behind him, Meier certainly has every reason to be confident.

And we’re as excited as anything to see his next set.

Although it’ll take a lot of work to create something Harder, Better, Faster, Stronger than his last one.