One of the best-selling books ever published, The Little Prince tells the delightful story of a pilot stranded in the desert, who meets a young prince who has fallen to Earth from an asteroid. Over its 72-year history, author Antoine de Saint-Exupéry’s celebrated work has been adapted into various mediums — including versions for radio, stage, television, ballet, and even opera.

Until now, however, it’s never been turned into Lego.

With his Lego Ideas project, 46-year-old Chaska, Minnesota fan Colin Walle has set out to change all that. The result has captured some of the surreal poetry of its source material, along with the support of thousands of fans from around the world. But it needs your help! 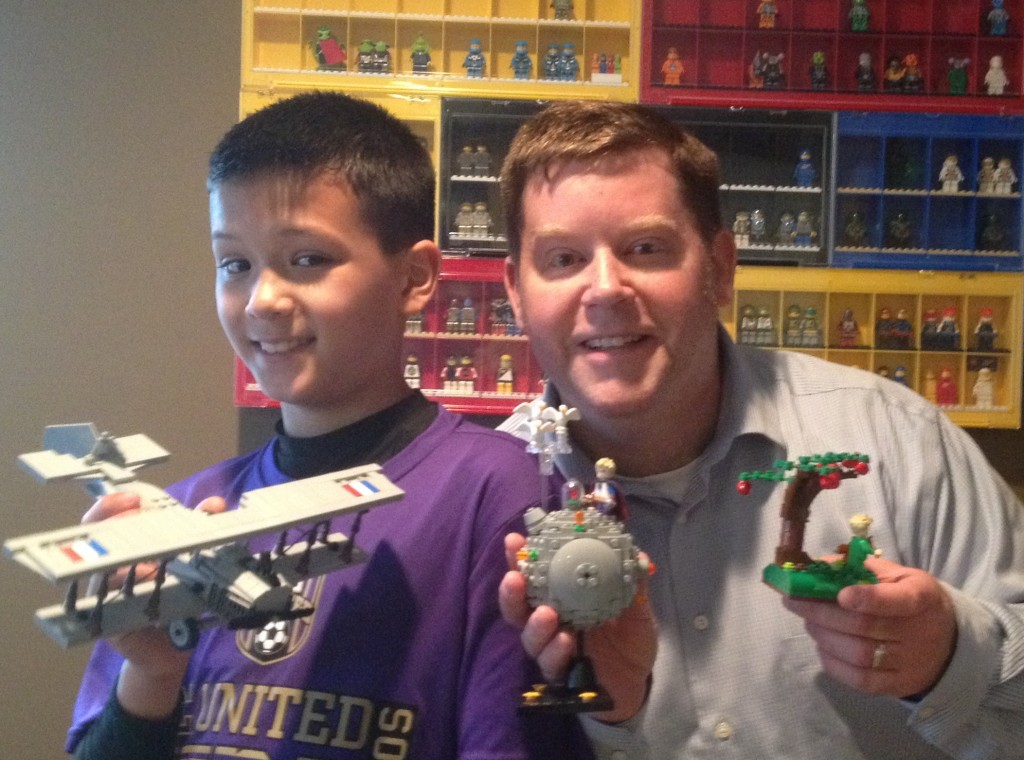 “I was reading The Little Prince to my son Cameron, and I just happened to have the Star Wars ‘Death Star’ set assembled,” Walle tells Power of the Brick. “It was just one of those ‘Eureka’ moments where I realized that this was the project I had to do.”

Having stumbled upon the idea, he was seized with an urgency to do something about it. “The book had been in print for 70 years, but I truly believed that every second I didn’t upload something to Lego Ideas was a moment someone else could swoop in and steal the idea from me,” he laughs.

Fortunately, no-one did — and Walle’s concept was worth waiting for! 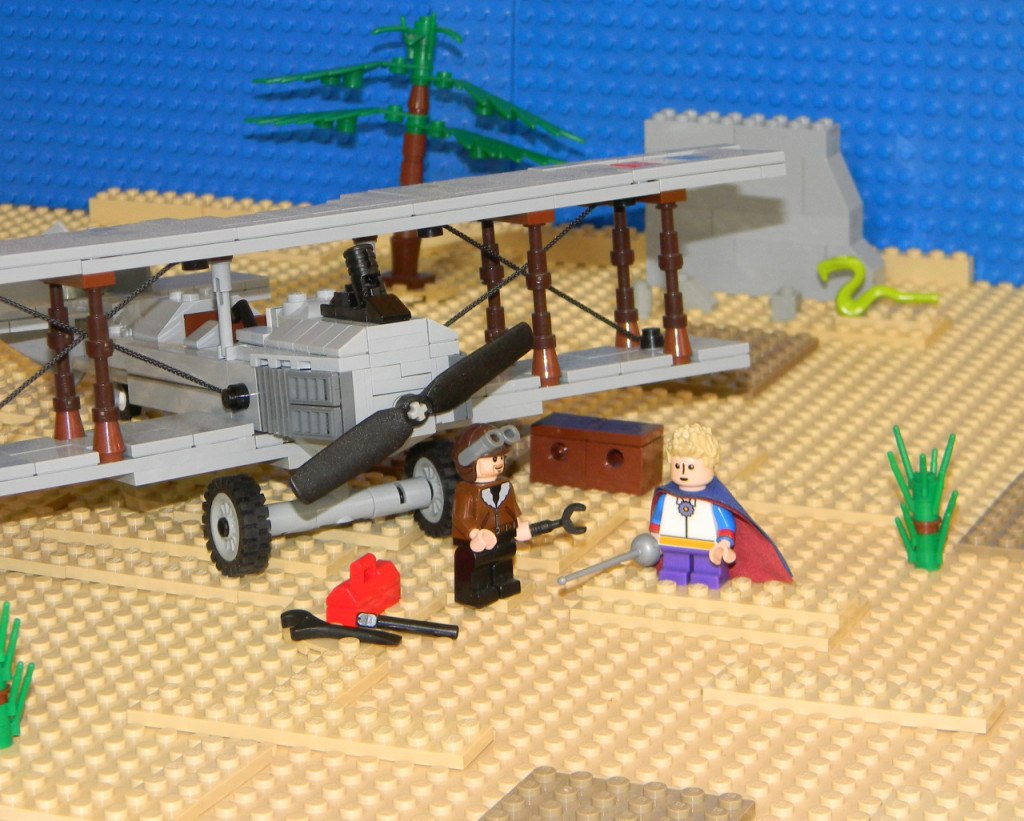 The proposed set features three elements from the book. There is the Asteroid B-612, which is home of the little prince, his rose, and some volcanoes. There is the Breguet 14 airplane flown by Antoine de Saint-Exupéry — featuring a compartment in the back for a non-alcoholic beverage (“This is Lego, after all,” Walle says), a croissant, and some cheese. And there is the fox with his foxhole, where the little prince first meets him under an apple tree. 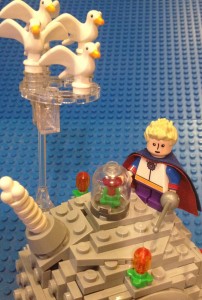 Interestingly, Walle explains that he created his set using custom minifigs made by Nick and Caroline Savage of Minifigs.me — whose work Power of the Brick has previously covered.

As a U.S. government employee, Walle says his day job is about as far from Lego-building as possible. “Lego’s definitely my creative outlet,” he says, however.

In particular, it’s an interest he can share with his kids — with his 11-year-old youngest, Cameron, having seen the project through from original concept to Lego Ideas pitch.

So far Walle’s project has racked up 7,318 supporters: Almost three-quarters of the total number he needs for the project to be officially considered by Lego. Walle says he’s been most surprised by the international outpouring of support — which he has helped by setting up translated instructions for non-English speakers to get involved.

“The number of people who know The Little Prince in the U.S. is actually startlingly low,” he says. “Unless you read the book in high school French class, you probably don’t know it. As a result we’ve had most of our votes from Europe and South America, where it’s much more widely read. It’s one reason I wish Lego — as a global brand — would expand the number of languages it presents a lot of its information in.” 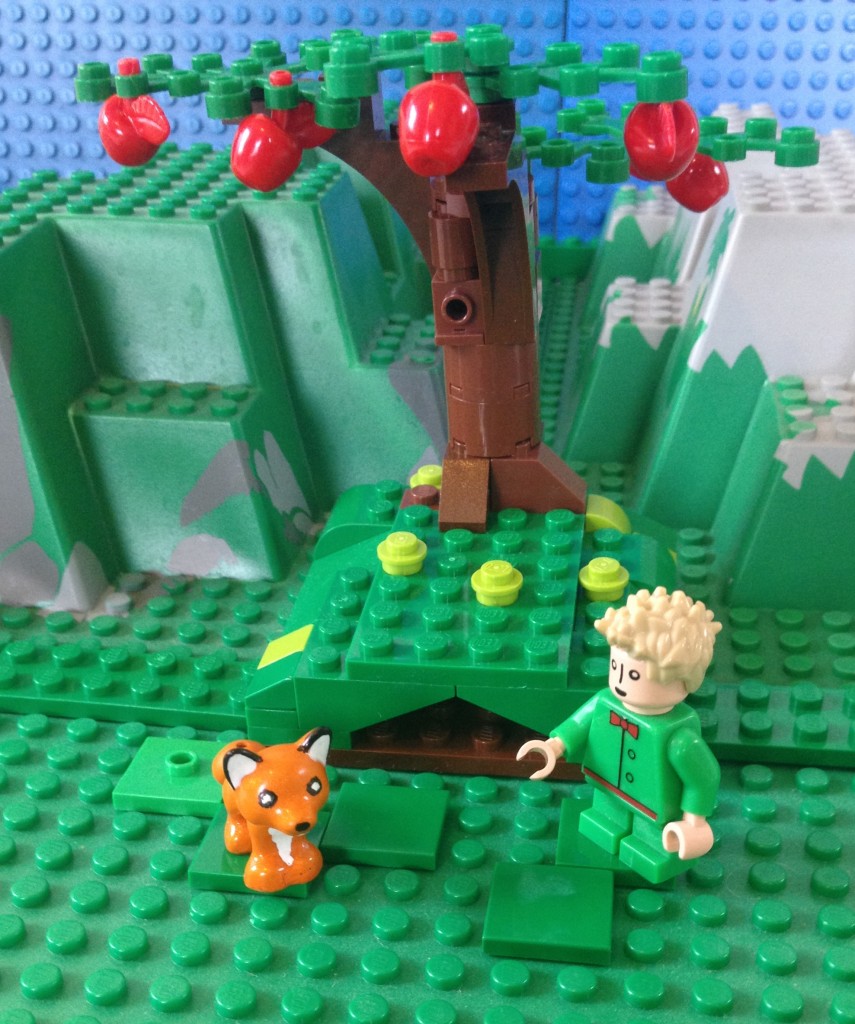 Walle’s not complaining, though. With 138 days left on the Lego Ideas calendar, his The Little Prince set is gaining momentum all the time. 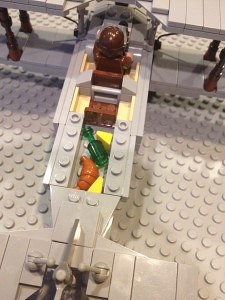 In one notable instance, he contacted Kung Fu Panda director Mark Osborne — who has directed an animated movie of the book which makes it debut at Cannes later this month. “I reached out to him via social media and he actually supported the project and shared on Facebook,” Walle says.

“The Little Prince is probably my favorite book of all time,” he concludes. “It’s a story about the power of imagination and remembering what it was like to be a child. I enjoyed the book as a kid, but as an Adult Fan of Lego, it definitely spoke to me also. It’s something I feel needs to be told in Lego form.”

Make sure you vote for the project here.